Does the factory CPC limit your Mercedes-Benz even with a ECU tune?

What is a CPC and why did Mercedes-Benz equipped the vehicles with it?

The CPC Module, also known as the Central Powertrain Computer, was introduced as early as 2015 in the Mercedes-Benz turbo vehicles. Though added to these vehicles’ at an early data, Mercedes-Benz was starting to set the vehicles up for future limitations. In the 2019+ Mercedes-Benz line-up, the CPC started to really shine as it limited not only vehicle speed, but also horsepower, torque, exhaust valves, HUD unit and in some vehicle’s even boost. Though the ECU can be “tuned” and enhanced, setting the ECU’s parameters to even max would not allow the engine to perform as the ECU was told, the CPC overrides the ECU giving the restrictions it was told to be given by the manufacturer.

How does this effect aftermarket tuning the factory ECU?

This starts to make things a little trickier for the aftermarket tuning shops. These limitations and additional equipment added to the vehicles, in this case the CPC, are “new technology” in which standard generic tooling is not available making the ability to tune these vehicles properly and hit these high gains we are use to seeing in the past, difficult to say the least. Fortunately, AMR Performance, with our in-house engineers, are able to research and develop these “answers” in-house. 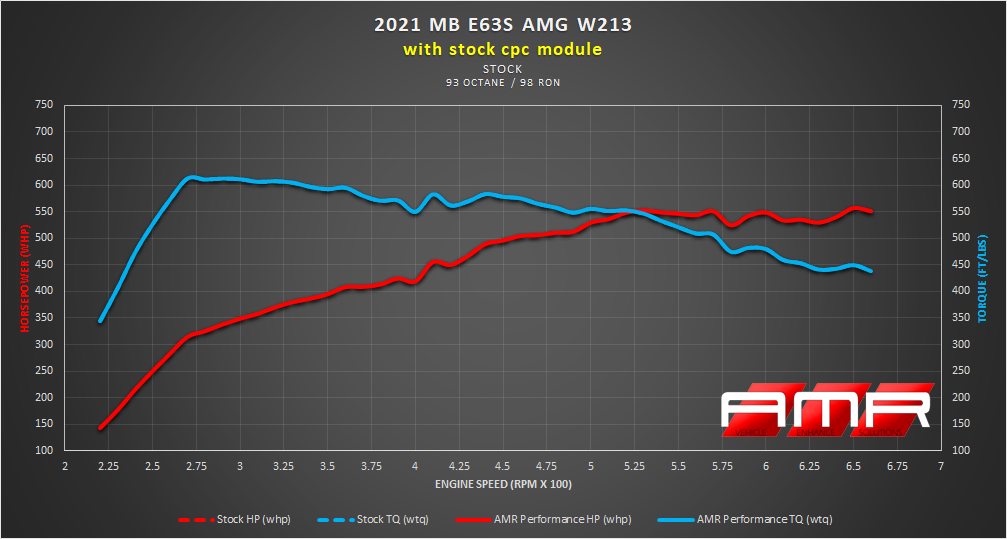 Here we have a 2021 Mercedes-Benz E63S AMG in which we had the pleasure of dyno testing to gather this data by our good client Akini (instagram: ak_e63s). Factory power pull spiked as high as 588whp (whp = power at wheels) but after repeated back-to-back pulls show almost 560whp (whp = power at wheels) and around 612wtq (wtq = toque at wheels). Which is about on par with the advertised 603hp (hp = power at engine, also known as bhp). Now 560whp is nothing to be taken likely, this car is very stout at that power band. Factory boost levels were around 1996mbar and all data regarding that can be seen on our previous write up -> 2021 MB E63S AMG: Boost Log Analysis. So now the next question is what happens if we tune it knowing the vehicle has a CPC? What would be the outcome? Lets give the vehicle a ECU tune and see! 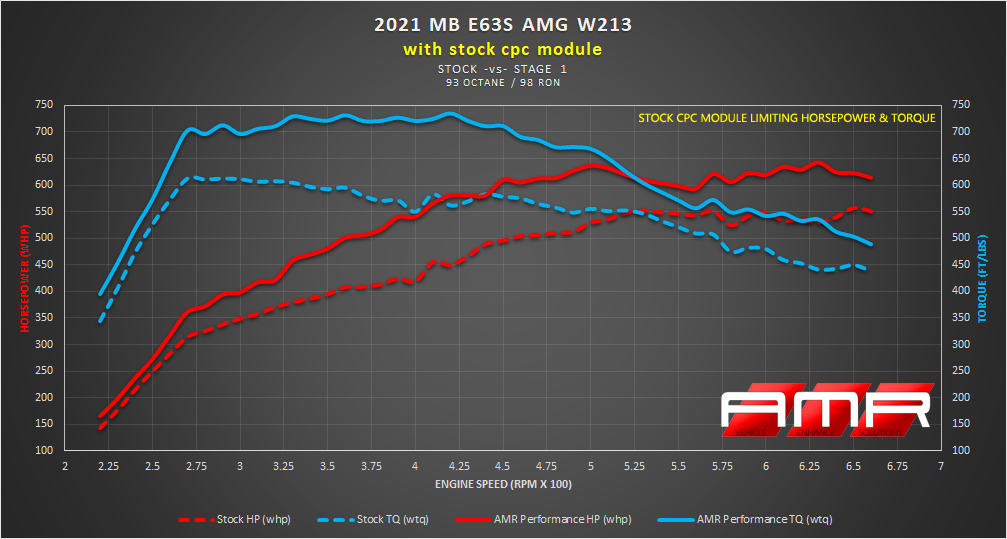 We from the graph above that we had success in seeing gains in horsepower and torque over the factory ECU tune. Final power numbers spiked as high as 650whp, but after repeated back-to-back dyno pulls we saw a consistent peak power output of over 640whp (whp = power at wheels) and over 730wtq (wtq = toque at wheels). A gain of over +80whp and over +118wtq Very solid gains from just an ECU tune! This would take the factory 603hp and increase it to an estimated 720hp!

However, CPC made it tricky to achieve this properly and consistently. The CPC fought every step of the way limiting torque. Though peak number are exciting to brag about, we focus on repeatability and usable power. We can see in the power band the adjustments that needed to be made to keep the CPC and its limiters happy. This was not an easy task but unlike any tool on the market, our COMPORT PRO TUNING SUITE has the ability to communicate via OBD with the newer vehicles, which allowed us to data log and monitor everything going on to properly dial in torque monitors as well as limiters to accommodate the CPC’s battle to limit torque in specific areas of the RPM. Now properly tuned, the CPC as well as ECU will not trigger a torque limiter which is common if not tuned correctly. Boost, timing and fuel mixture are solid and smooth giving the driver a pleasurable smooth experience!

What would upgrading the CPC module do?

Upgraded the factory CPC to our Enhanced CPC Module will:

This will give the vehicle the ability to not be held back. Allowing aftermarket shops and tuners alike to tune the vehicle’s ECU without being limited opening up full potential of the vehicles performance. 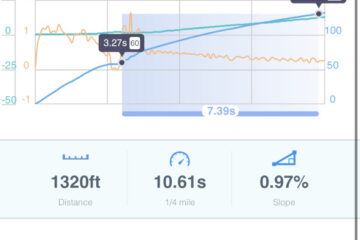 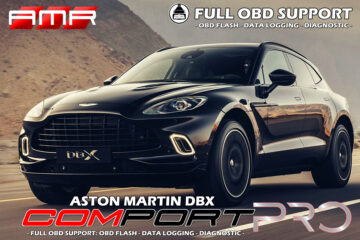 We at AMR Performance are proud to announce the new addition to our COMPORT Pro Tuning Suite, the Aston Martin DBX! Now you can not only log and monitor, but also flash your Aston Martin DBX ECU Read more… 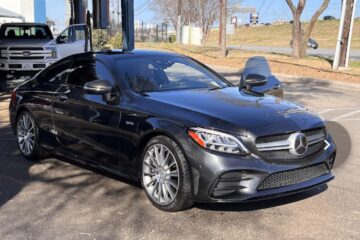